Jane Yolen: "Here is a brand-new powerful voice that brings to both the alien and the everday the insight of both poet and storyteller. You must read this book."


James Tiptree, Jr.: "[T]he story . . . depends on a very detailed characterisation of the Quakers' feelings and reactions, particularly in the sexual realm. Many of the aliens' ways shock and unsettle the Quakers, and play upon individual sensitivities, and as the Quakers strive to cope with their own turmoils and resolve the biological mysteries we come to know them well as individuals, in particular the adolescent boy Danny and his father George. The tale of Danny's adventures on a visit to the Sixer colony is fascinating, and his father's reaction to the aliens' empathy and their sex life--and its effect on Danny--is highly sympathetic. The author has presented these people in living color, and the world of he aliens is engrossing and finely worked out."


Michael Bishop: "Stunning . . . the best first novel I have read in at least a decade . . . dangerous and breathtaking to behold . . . . If a writer with a more powerful reputation had written Pennterra . . . I would predict it to win both the Hugo and the Nebula. In any event, it deserves these prizes now."

"I read Moffett's novel with wonderment and delight, both at the familiar and the new: she has brought many startling insights, a voice never before heard in this place. . . . [S]he handles all the genre techniques with skill, and with great respect for her material and her audience; she deals with ideas with intelligence and passion. . . . She tells a powerful tale with clarity, simplicity, and an unconcealable love for her fellow-being. . . . This is storytelling of the best sort. The people and the events of Pennterra will be part of me forever."

Starting with the familiar counterculture vision of a utopian ecological balance, Moffett's first novel describes a world that is a single living entity, able to protect itself from outsiders' depredations. The first human colonists to arrive on Pennterra are Quakers who abide by the natives' rules: no advanced machinery, zero population growth and settlement only within one river valley. Not so with the next group, who are desperate to settle there and expand after leaving an Earth that is dying from human pollution and exploitation. They reject the guidance of Pennterra's own sentient race--the Hrossa--who are intelligent, amphibious centaurs, hermaphroditic and empathic. Readers who persevere past the first 100 pages . . . will be rewarded with the meat of Moffett's story: the integration of he Quaker boy Danny Quinlan by the planetary system as Danny copes with universal teenage problems of socialization and sexuality. Moffett is a writer to watch. 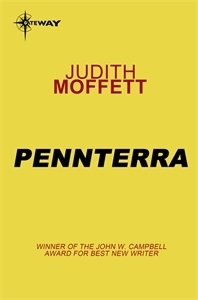 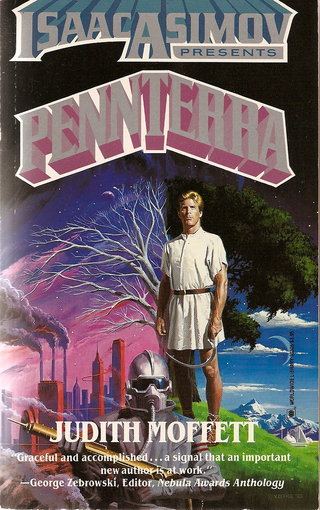