The set piece of Judith Moffett's third collection dramatizes the poet's lifelong struggle to create a tolerable peace between the Southern Baptist fundamentalism that formed her, and the evolutionary biology she was convinced by in college. Other poems are located on her hundred-acre Kentucky farm, once worked by her father's family, now a young forest filled with coyotes, deer, and birds.

"TARZAN IN KENTUCKY by Judith Moffett is a chewy, sinuous collection of poems by a living poet who went many years without writing poetry, but is--to our great benefit--writing again. Called "An 'effortless' virtuoso" by James Merrill and "among the most accomplished of her generation" by Daniel Hoffman, Moffett writes brilliantly lucid everyday language contained--and freed--by tight forms like tercets and and sonnets. You only notice the form if you are looking--you feel the emotion, see the picture, hear the voice and the story. The forms are certainly there, though, giving her poems a musculature that makes much of the free verse we are used to seem flaccid.

"The fourth and final section of the book, "Tarzan and the Apes," is a long poem that is part autobiography of the poet (who was raised in Kentucky and southern Ohio in a fundamentalist church), and part history of the human relationship with other primates. It raises the question of whether or not chimpanzees and gorillas are able really to use language, to which question Moffett gives a resounding yes. She writes especially movingly of Kanzi, a bonobo, whose mother Matata has been the subject of language experiments. Matata is removed for "breeding leave," and

Now little Kanzi, frantic,
Runs to the keyboard, heretofore ignored,
To say what no one ever tried to teach him:
Help Kanzi    Where Matata    Where Matata

"In other words the young bonobo, who was not instructed, has learned to keyboard and communicate in English by observing. It's such a brilliant passage, so sad, so straightforward, so quintessentially Moffett. Every poem is worthwhile: a number of them are about her farm, and there is a long section called "Grief" in which she writes about the aftermath of her husband's death. The poet speaks to herself in one called "Broken Couplets:"

Solutions, none. No cures.
This task alone is yours:

to make each day a quest
for getting through it best

"You feel here what rhyme is about: an arbitrary way of linking things that then makes meaning of what started out as arbitrary. Next after "Broken Couplets" is another long semi-narrative poem also about loss and relationships, in this case about the William Wordsworth-Dorothy Wordsworth-Samuel Taylor Coleridge triangle--written in the meter of "Rime of the Ancient Mariner." Moffett's poem, replete with knowledge of the Romantic poets' circle and the Lake district of England, is called "The Rime of Poor William and The Recluse." She also writes about her mentor and friend James Merrill and about Original Sin and other issues of fundamentalist Protestantism. She writes about dogs and evolution. She writes with a sinewy natural line that gives it all up to us, if we'll only listen."

"An 'effortless' virtuoso, with mind and heart and eye in perfect working order, Judith Moffett deserves the closest attention and the highest praise."-James Merrill

"[Moffett] is among the most accomplished poets of her generation, able to hear and make us hear the felicities in formal conventions, which she uses as ways of defining her freedom. 'Her tercets shake the bars of their narrow cage.'"-Daniel Hoffman

"Moffett is an extremely able poet. She is also her own poet, not brandishing the union placard for any fractious local (feminists, formalists, Iowa grads), but rather sustaining a steady intelligence, proficiency, and emotional honesty."-Michael McFee

"The poems in Tarzan in Kentucky are testaments from the latter days of a lucidly examined life. They marry grief and resilience, the natural world and the human, and offer us, especially in the ambitious sequence 'Tarzan and the Apes,' profound and moving meditations on questions of origin and belonging. All the formal mastery and modal variety I admired in Moffett's early books are on rich display here, graced with new kinds of hard-won wisdom."-Geoffrey Brock

For more information, go to http://www.davidrobertbooks.com/moffett.html

Click here to buy tarzan in kentucky from amazon 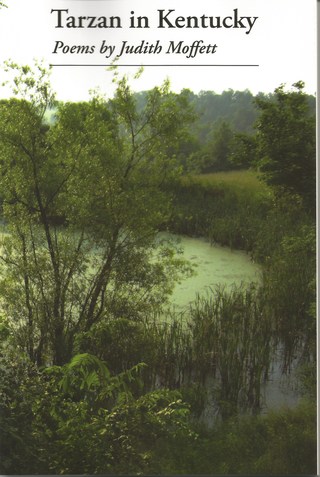 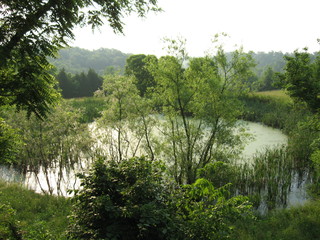 The cover was made from this photo.  This is how much brighter it should be
Loading…}